Today I’ve done the first bit of work on the actually SeeStar camera. I’ve soldered breakout pins onto the Arduino Pro Mini, so that I can program it and connect it to the SeeStar Arduino Shield. I’ve only done soldering a couple of times before, so to learn the basics I followed this How to solder - Through-hole Soldering tutorial from SparkFun.

I had a “learn to solder” kit I bought years ago laying in my box of electronics, so I used that for practice. SparkFun has a whole series of these kits that teach you soldering by building simple electronics and toys. The kit I built used a microphone to blink four LEDs when ever sound was detected. I was quite pleased when it worked when I connected the battery. 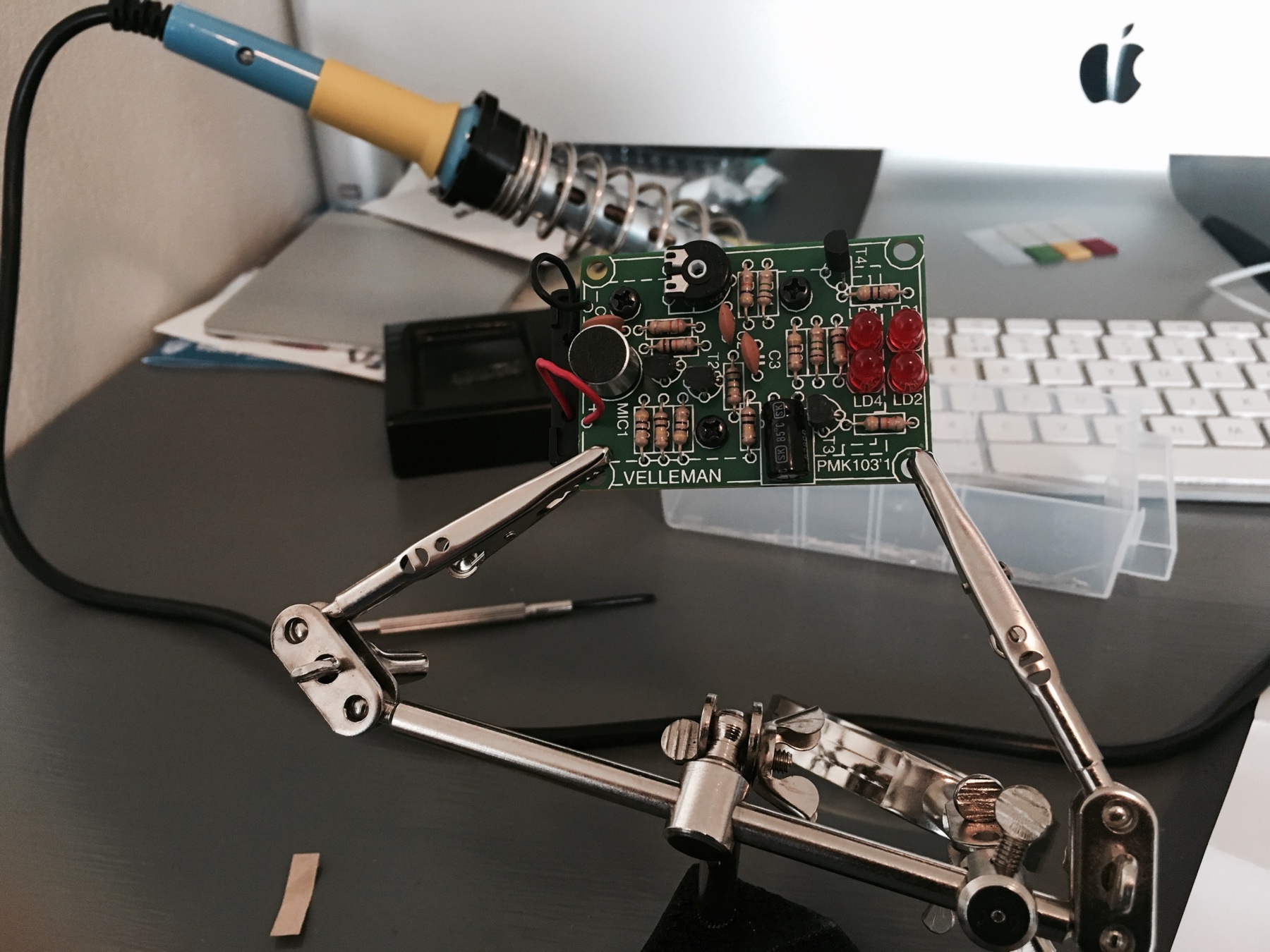 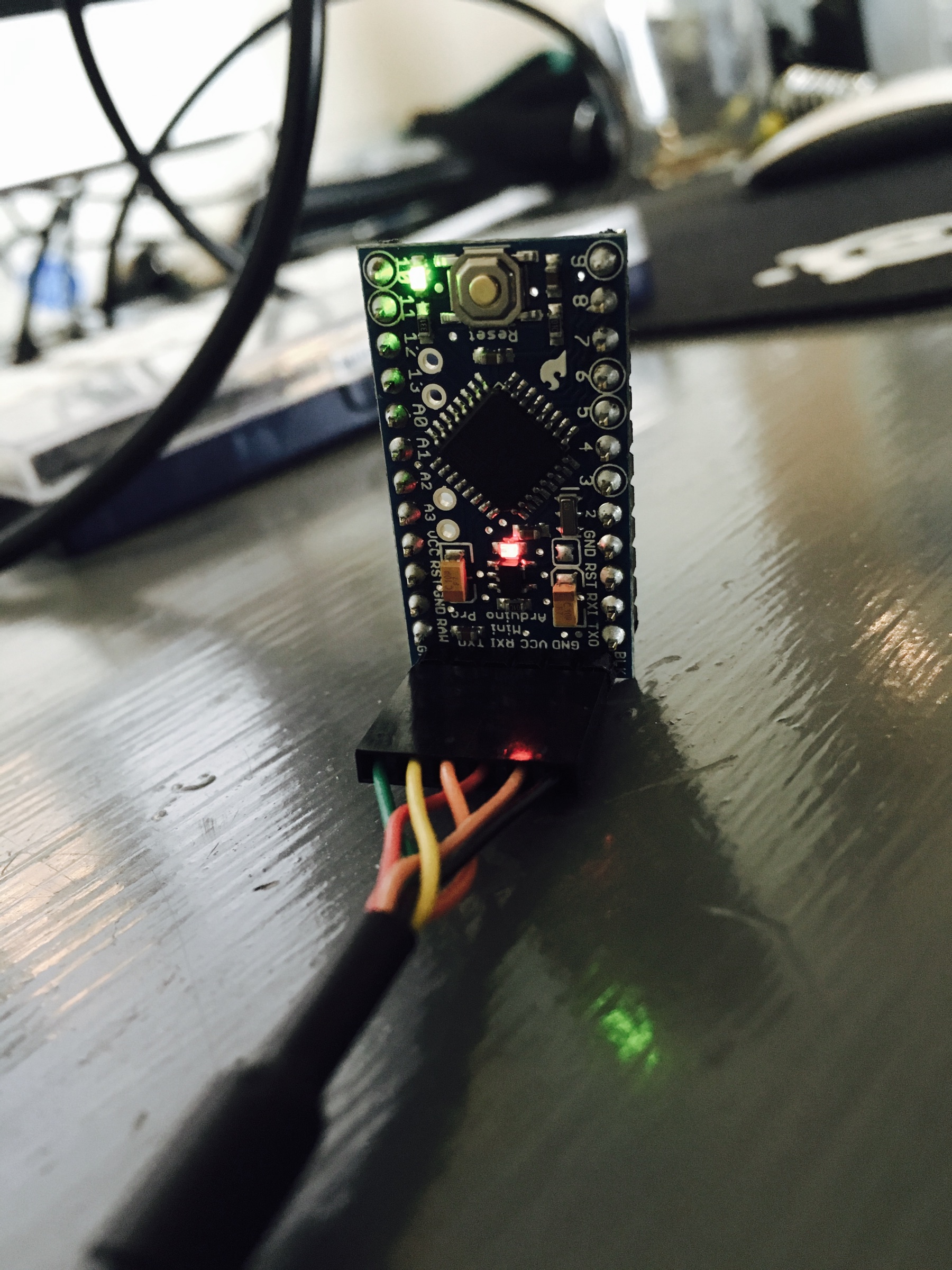 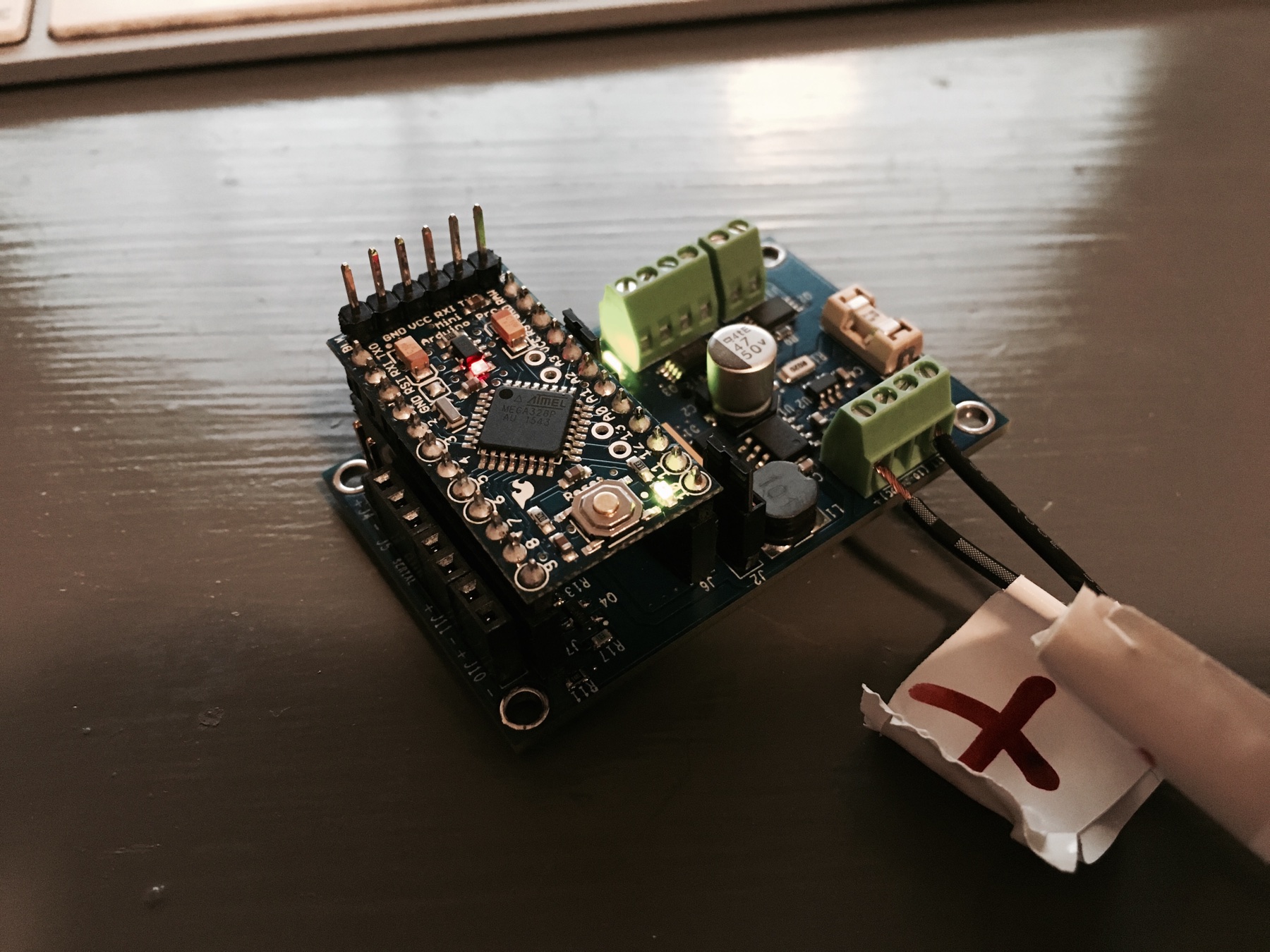 That concludes a productive day, both in terms of learning new skills and making actuall progress on the SeeStar camera. Next task is to program the Arduino Pro Mini with the actual SeeStar code and have the Arduino Shield connect to the GoPro Hero 3 to turn it on/off at set intervals.